The modern-day dictionary will include more than 10,000 words and will be available on an app 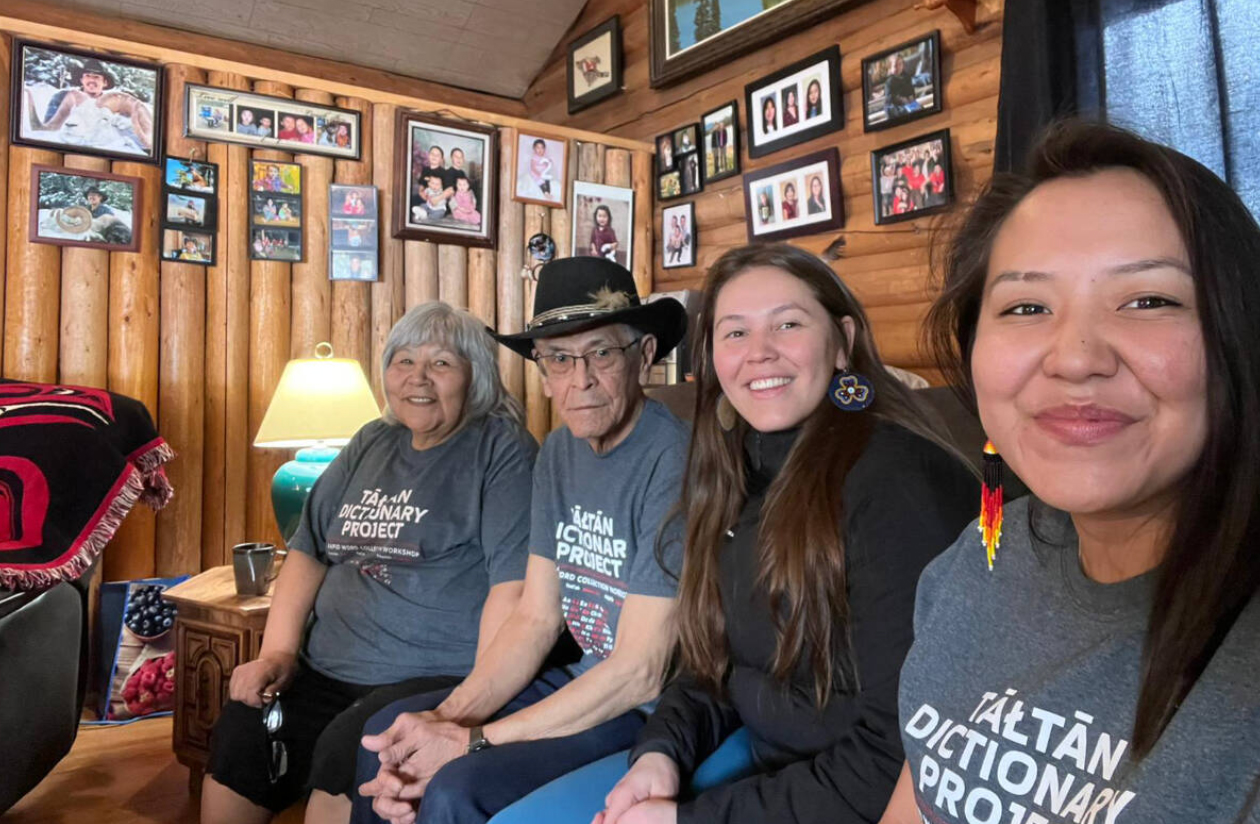 A group of Tahltan elders and linguists are working toward revitalizing and preserving their traditional language through a dictionary project.

The Tahltan Dictionary Project that began mid-March is aiming for a lexicon of 10,000 words and has collaborated with The Language Conservancy, a North American non-profit, who are providing the technology for this project.

Tahltan elders, Pat and Theresa Etzerza, who are working on the project in Dease Lake said it has been a fulfilling process for them to be able to build resources to help guide future generations of Tahltans living across the world.

“Our language identifies who we are as Tahltan people,” said Pat. “It just about got extinct but we are trying our best through technology to revive it.”

Pat recounted his own personal experience of reconnecting with his culture through language as a residential school survivor and said projects like these will better equip Tahltans living outside the First Nation’s territory in northwest B.C. to help them discover their own identities.

“If we have the dictionary, there’s no excuse for individuals to not learn the language,” said Pat. “They are giving tools to Tahltans who wish to take the step to learn.”

The project brought together younger generations as well as Tahltans spread across other countries to help build words, a scenario that Pat describes as a “true form of reconciliation.”

The team is building on an existing Tahltan children’s illustrated dictionary from the 1990s. They are also adapting to include new modern-day words, said Dhakāle (Hayle Gallup), from TCG’s language department.

This is done through a method called ‘rapid word collection’ where scenarios and subjects are played out for elders who then come up with words to describe them.

The process has been challenging owing to historic setbacks faced by Indigenous people across Canada during the era of assimilation at residential schools when they were not allowed to speak and practice their first languages.

“We almost lost our language by not teaching it to our children,” said Theresa, adding that mentoring people as an elder now is her way of ensuring there is a continuity process in reviving the language.

“If we don’t practice it, we will lose it, we lose our identity,” she said.

Revitalizing the Tahltan language has been an ongoing program for several years in the communities and efforts have seen students who benefited from these programs come back to teach.

Outreach efforts also included setting up ‘language nests’, an immersive educative program for infants and children between the ages of zero and four. The dictionary will complement all these existing projects, the team said.

The team will be travelling to Terrace from May 16- 20 for the next phase of the project to work with fluent language speakers who will be gathering in the city.