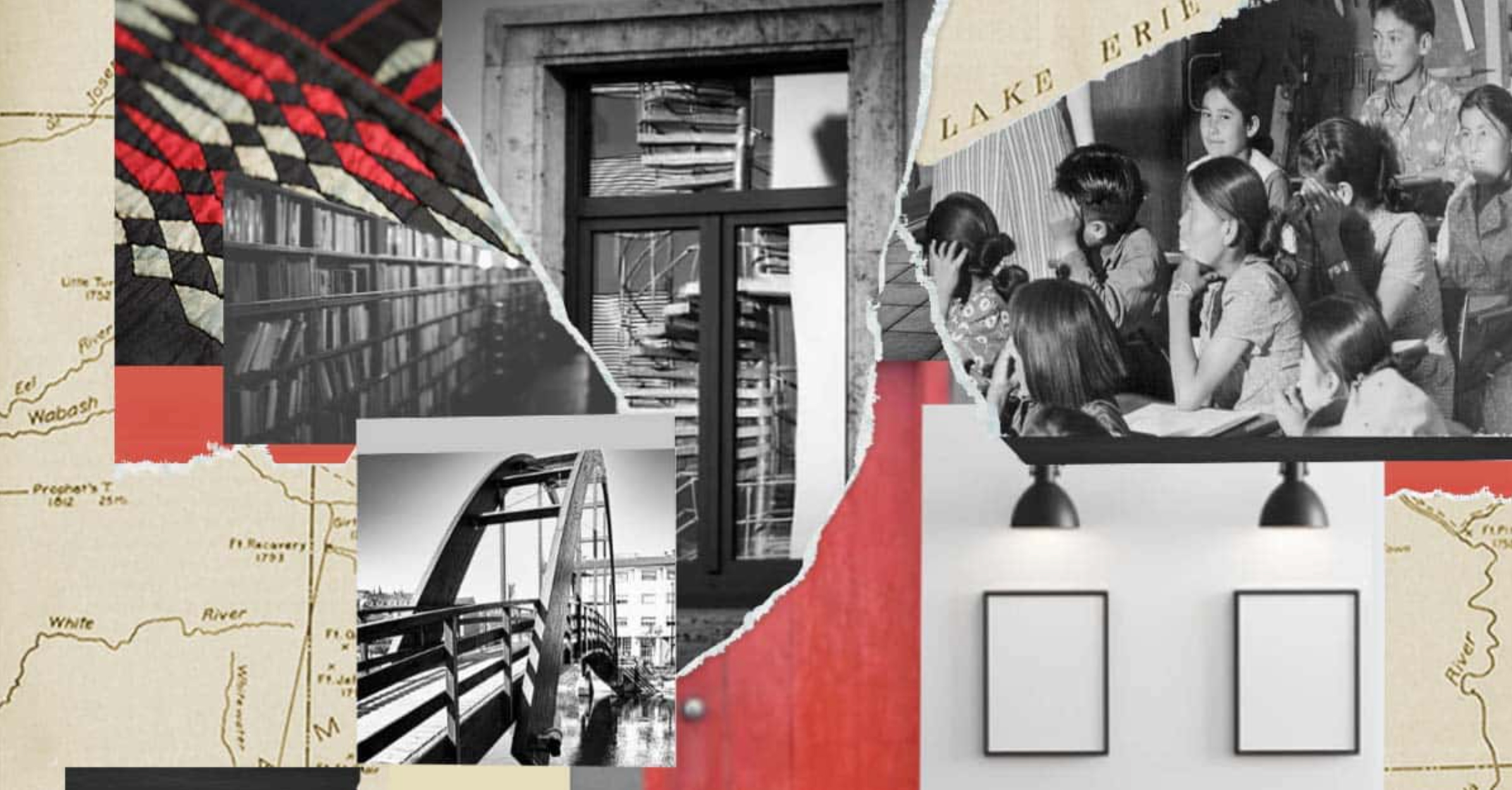 When Daryl Baldwin was growing up, the last speakers of his heritage language were passing away; as of a few decades ago, that language — Myaamia — was definitionally extinct. As the director of the Myaamia Center in Oxford, Ohio, he has been working to revive it through a partnership between the Miami Tribe and the University of Miami, alongside a growing community of indigenous academics, activists and linguists.

The Miami tribe traditionally lived in parts of Ohio, Michigan, Indiana, Illinois and Wisconsin. In 1867, the tribe was forced by the federal government to move to Oklahoma, where many other small tribes had also been relocated. Lacking linguistic connections with the other groups and facing forced adoption of English, the Miami tribe lost the use of their language over time. By the 1960s, there were no more speakers of the language.

While language birth and death are natural processes, the rate of language loss has accelerated in recent times, owing partly to changing communication in an increasingly globalized world. Around 25% of the 6,000 languages used today have less than 1,000 speakers, and if current trends continue, linguists estimate that 90% of those 6,000 languages will be extinct, or greatly endangered, by the end of the century. (A language is considered extinct when it is no longer used for any purpose, while a dead language is still used and studied in some contexts, like Latin. An endangered language is one that is no longer studied by children whose relatives spoke it at home, and a critically endangered language is one whose youngest speakers are grandparents.)

“Essentially, for most endangered languages that are in decline, the number of first language speakers aren’t being replaced by new speakers. And so in order to reverse the decline in a language, we need to be creating more speakers per year than are being lost through natural causes,” Wil Meya, executive director and CEO of the Language Conservancy, a nonprofit organization based in Bloomington, Indiana dedicated to supporting endangered languages, said. “That’s the ultimate kind of measure of how languages survive or don’t survive.”

Linguists estimate that approximately 175 Native American languages survived European settlement in the eighteenth and nineteenth centuries. Of those 175, over 90% have no child speakers today. In 2007, the United Nations recognized the basic human right for indigenous communities to determine their own language usage, but many communities in the U.S., including immigrant and indigenous groups, have faced language discrimination for generations.

“As [indigenous] languages started to diminish in use, it was also realized that a lot was being lost when those languages are being lost: the histories, the stories, the songs, the prayers,” Meya said. “Language is basically a vehicle for expressing culture. And when that language is no longer used, it’s very difficult to express that culture in another language… and so basically the continuity is lost to a culture that has been 10,000 or more years in the making.”

Although the statistics about language loss seem overwhelmingly bleak — a language ceases to be actively spoken every two weeks — there are people who have dedicated their lives to preventing language loss, oftentimes alongside efforts to promote and honor indigenous culture as a whole.

The Myaamia Center focuses on research that both preserves and rediscovers Myaamia ways of living, including those encoded in the language. For the roughly 5,000 members of the Myaamia people, this knowledge helps them understand the way their ancestors used the land and other resources to form their own calendar, harvesting practices and diet. Through dedicated work with historical documents and what is known about other languages in the same family, linguists like Baldwin have been able to construct enough of the Myaamia to teach it to young people and adapt it to modern usage.

The Myaamia Center also helps communities curate archives of endangered languages in ways that respond to language revitalization goals. An affiliate institution, the National Breath of Life Archival Institute for Indigenous Languages, provides training modules that teach communities how to digitize previously inaccessible archives, creating a record of the language and a framework for teaching it.

For some, learning an indigenous language is an opportunity to connect with their heritage and fight against forces of cultural assimilation. Baldwin and others have also researched the positive impact of indigenous language use on its speakers. They found that language maintenance and revitalization has a positive effect on physical and communal health. For example, the graduation rates for tribal members at Miami University have increased 33% since the implementation of the language study program. In another example, they found that indigenous groups in British Columbia with at least half of the population fluent in the language had one-sixth the rate of youth suicides compared to other groups with lower rates of fluency.

“Language and culture are intertwined, and neither completely determines the other, but language use is a substantial indicator of cultural coherence. Many [Native American] communities are engaged in the revival of language and culture, and raising the health of the community is often an explicit goal,” Baldwin’s study explains.

Like the Myaamia Center, the Language Conservancy is creating a network of resources for communities across the globe and, through his work there, Meya has seen the connection that young people are able to form to their heritage culture through studying the language.

“Young people in the communities we work with absolutely do want their language. They’re often several generations removed from that — you know, it’s their grandparents or great-grandparents that spoke the language, and it was not passed on,” Meya said. “It’s always really fulfilling and heartening for us to see when we do events, like a language weekend or a summer Institute, and we see that light bulb moment go off, when they realize, ‘Oh, my gosh, I can actually learn this language. This is doable, and I can do this.’”

Although the U.S. does not (and has never had) an official language, the use of English is encouraged in many areas, especially the school system. It was only in 1974 that the federal government put into law the requirement that schools provide equal educational opportunities for students of all language backgrounds. This, however, does not mean that all languages are taught in schools nor that all students can be taught in the language that they speak at home. For many, they’ve never heard the languages that their ancestors spoke in a classroom setting.

The Myaamia Center is working to change the classroom experience by developing opportunities for tribal members and the larger student body to learn the Miami language in the classroom. The center has created materials for teaching and learning Myaamia. These resources are meant for all levels of learners, and include phrase books focused on different topics for beginners, a children’s storybook and the Miami-Peoria Dictionary, an ongoing project first published in 2005.

Across the country, other schools are starting to provide more opportunities for students to learn indigenous languages, although many of the programs necessarily focus on just a few of the most widely spoken languages, which may or may not be indigenous to the land the university sits on. For example, at the University of Michigan, students can take classes in Quechua and Nahuatl as a part of their Latin American and Caribbean studies program. Speakers of both of these languages are concentrated in the Andes region of South America and central Mexico, respectively.

The Language Conservancy also works with communities around the world to develop resources to support endangered languages through both documenting and teaching the languages. For example, they have developed a method for building a dictionary that can collect 15,000 words in about a year, streamlining a process that used to take ten or more years in the past.

“We work with communities and other partners — schools, colleges, education authorities — to develop resources,” Meya said. “Things like textbooks, dictionaries, apps, all kinds of support materials for learning languages. We assist and provide training for teachers…and we’ve done many, many different kinds of things, from picture books to even cartoon series in support of indigenous languages.”

Through a combination of academic work, community outreach and archival research, organizations like the Myaamia Center and the Language Conservancy are proving that it is possible to bring back a lost language.

“We see the kind of strength, you know, and self esteem and all the other pieces that come with knowing one’s language and being connected again with one’s community and culture,” Meya said. “We see those stories over and over again, and it’s really a great part of being able to do this work.”